We’ve presented articles previously explaining what you should do following an automobile accident. In this post, we are taking a different tact and presenting the top five things you should avoid doing. The reason for this is simple – it’s common to make poor decisions in the wake of an accident when you’re fearful and uncertain. Unfortunately, these errors could keep you from latter receiving the justice you deserve after being injured and having your vehicle wrecked by a reckless, careless, or negligent driver. We advise you to memorize the following “don’ts” now, so that if you are involved in a car accident, you know which mistakes to avoid.

Don’t get into an argument with the other driver

If someone rear-ends you at a traffic light or sideswipes you on the highway, it’s reasonable to be furious. However, you must not let anger overwhelm your good sense. Don’t start yelling at the other driver, or worse, start a physical fight following your car crash. Not only could you compound any injuries you might have sustained, you might wind up in jail. Even a verbal altercation, no matter how justified you feel in unloading on the driver who hit you, could be used against you should your personal injury case go to court.

Assuming you’re able to exit your vehicle after an accident, you might be tempted to tell the other driver or witnesses your version of how and why the accident occurred. To borrow a phrase from the criminal justice system’s Miranda Rights, “Anything you say can be used against you.” Even if you think you’re just sharing the facts, you might inadvertently say something that shifts part or all of the blame for the accident onto yourself. The only people you should tell what happened immediately following the crash are the police, your insurance company, and as soon as you’ve hired one, your automobile accident lawyer.

Don’t accept any blame for the accident

You might think that you did something wrong that caused or contributed to the accident, but if you sign a statement or verbally acknowledge fault, you could find yourself facing significant financial losses that remaining silent would have prevented. Remember, California is a comparative negligence state, so you might wind up losing part or all of the compensation you would have otherwise received. Absolutely avoid promising to pay the other driver for their losses, either verbally or in writing. Leave it to the insurance investigators, police, and your attorney to determine fault according to the law.

Sometimes, drivers want to avoid involving the police and insurance companies for a variety of reasons, (e.g., they already have points on their license). They might want you to sign something in exchange for their paying your insurance deductible or other expenses stemming from the crash. No matter how tempting, do not sign anything, and definitely inform the police and your insurance agency. Otherwise, you are breaking the law. And never sign away your legal rights, no matter what you’re promised, as it’s likely you will wind up with far less than you deserve – or nothing at all.

You might be wary of sharing information like your driver’s license, vehicle registration card, evidence of financial responsibility, and current address with the driver who caused your accident, but you are required to do so (and they are required to provide you with the same). You must also present this information to the officers who arrive on the scene. It’s a good idea to keep your registration and insurance card where you can easily find them at all times.

Don’t forget that your best chance to receive the compensation to which you’re entitled following an automobile accident is to work with an experienced lawyer. In Los Angeles, auto accident lawyer Scott J. Corwin is ready to assist you. Contact his office following a crash at (310) 683-2300. 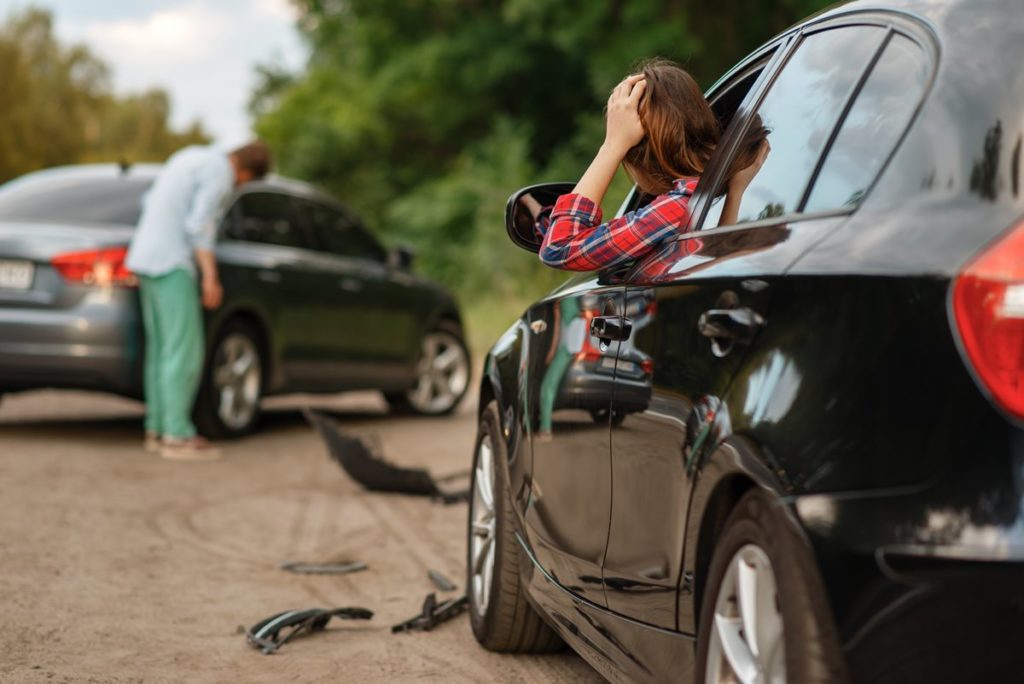