The 2022 Scott J. Corwin, APLC Overcoming Adversity Scholarship winner is Ella Stiso, a student at the University of Alabama. We extend our sincerest congratulations to Ms. Stiso and wish her well as she continues her studies.

After a four-week trial, we obtained a jury verdict of $6,298,237 on behalf of our client, an elderly grandmother who was run over in a crosswalk by a private tour bus operator. We served as co-counsel with the firm of Panish, Shea & Boyle, LLP. The highest offer the defendant extended was $750,000 during trial. The defendant argued that our client was entirely at fault for the accident and should recover nothing. The jury found the bus company liable and held them 65 percent responsible for the accident.

$125+ Million Recovered for Our Clients

We have obtained more than $125 million in recoveries for our clients since opening our doors in 1992. For a complete listing of our notable recoveries, please visit our Case Results page.

Mr. Corwin has been named a Southern California Super Lawyer for 2023 by Los Angeles Magazine. This is the 17th year in a row he has been honored, having been recognized as a Super Lawyer from 2007 to present. Scott was named a Top 100 Super Lawyer in 2015 and 2016 as well. Only 5 percent of attorneys are selected for this honor. Super Lawyers are selected for attaining a high degree of peer recognition and professional achievement in their field of expertise. Super Lawyers are nominated through a survey of Southern California lawyers and then final selections are made by a blue-ribbon review panel of leading attorneys.

The prestigious National Trial Lawyers Association (NTLA) again selected Mr. Corwin as a member in 2023. The NTLA is composed of the top 100 trial lawyers from each state. Membership is obtained through special invitation and is extended only to those attorneys who exemplify superior qualifications of leadership, reputation, influence, stature and profile as civil plaintiff or criminal defense trial lawyers. It is the mission of the NTLA to promote excellence in the legal profession through practical educational programs, networking opportunities and legal publications that deal with current issues facing the American trial lawyer. It is a significant honor to be selected for inclusion. This is the 14th year in a row Mr. Corwin has been so honored, having been selected for membership from 2010 through present.

Mr. Corwin has been recognized as a National Trial Lawyers Association (NTLA) Top 25 Motor Vehicle Accident and Brain Injury Lawyer in California. It is a significant honor to be so recognized. Mr. Corwin was previously honored for the years 2010 through 2022.

2023 Board of Governors for CAOC and CAALA

Mr. Corwin was honored with the Consumer Attorneys Association of Los Angeles (CAALA) Presidential Award by past CAALA President Joseph Barrett. Mr. Corwin has been recognized an unprecedented six times by CAALA for his outstanding achievements and service to the organization.

Mr. Corwin was honored at the Los Angeles Trial Lawyers’ Charities (LATLC) 5th Annual Casino Night and Texas Hold ’em Tournament, where he was presented with the LATLC Presidential Award by LATLC President, Geraldine Weiss. Nicknamed the “Scottie” in Scott Corwin’s honor, Ms. Weiss presented him with the award for outstanding achievement on behalf of the organization in helping raise more than $4.5 million for charity over the past five years. Mr. Corwin has been recognized an unprecedented four times by LATLC for his outstanding dedication and service to the organization, having been awarded the LATLC Presidential Award thrice before. Mr. Corwin has served as President of LATLC, and as Past President on the Executive Committee. Scott continues his service on the Legacy & Leadership Council and Board of Directors of LATLC. 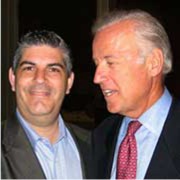 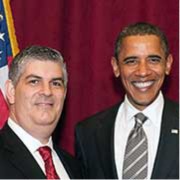 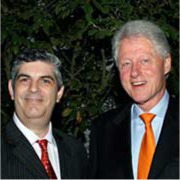 As a tireless consumer advocate, Mr. Corwin has worked continuously to protect the civil justice system, consumer rights and victims of corporate malfeasance, by helping to elect members to the California State Legislature, the United States Senate and the United States House of Representatives who seek to preserve our system of civil justice. To this end, Mr. Corwin has raised over $2 million for candidates for local, state and federal offices since 2004.

Sponsored by Scott J. Corwin, A Professional Law Corporation, the third annual scholarship is being offered in 2021-2022 to students attending (or entering) a California college or university. The winner will receive a $1,000 award for use toward their college tuition and/or fees.

Attorney Scott J. Corwin launched this scholarship in 2018. Scott believes strongly in the value of education and the importance of making it possible for students from all walks of life to achieve their academic goals.

View eligibility and deadlines for the 2022 scholarship essay contest

YOUR ALLY THROUGH A DIFFICULT TIME

Attorney Scott J. Corwin recognizes that no two cases are exactly alike. While he draws on over 30 years of past experience in motor vehicle accident and personal injury claims, he also develops innovative legal strategies based on the unique factors of each individual case. He has a long track record of standing by his clients, even through the toughest of challenges, and is ready to advocate tirelessly for you throughout the legal process.